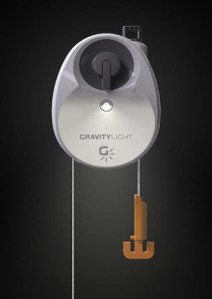 Thanks Auckland library and Zinio:  I love being able to freely access the digital versions of Belle and Vogue Living.  The April edition of Belle had an article on trend forecaster Philip Fimmano from Edelkoort Inc.  Apparently we can expect to see the bedroom emerge as hub of the home, (I think we’re already ahead of the trend here), artisan-made floorboards that are more fluid than straight, and shadow become as important as light.  Material will eclipse form (what does that mean??), and cuteness will make a comeback…  Also expect to see more pineapples, bromeliads and palm-tree motifs in prints.  As we move to 2020 there will be renewed interest in 1920’s style.

Now that you know that;  here is something more here and now from Edelkoorts  Trend Tablet: a safe and affordable alternative to kerosene lamps invented by London-based designers Jim Reeves and Martin Reddiford.

Did you know that there are still more than 1.1 billion people on Earth without access to electricity.  WOW.  That means when the sun goes down, they usually have to burn something to provide light, most of these people use kerosene lamps to light their homes.  Those lamps have damaging effects: 780 million women and children breathe kerosene fumes equivalent to inhaling 40 cigarettes a day.  The cost of kerosene is a poverty trap: amongst the poorest populations it consumes up to 30% of their income.  In India alone 1.5 million people suffer severe burns each year, primarily due to overturned kerosene lamps.

GravityLight uses a bag filled with rocks or earth, attached to a cord, which slowly descends similar to the weight drive in a cuckoo clock. This action powers the light for up to 20 minutes. 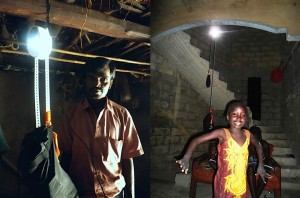